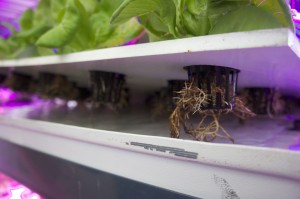 In our on going search for awesome projects and leading technologies in aeroponics, we found MIT City Farm.  Their goal is to bring aeroponics to the forefront of agriculture and change the way food is grown on a large scale.  Caleb Harper, the Founder and Lead Researcher showed us the systems they use and the technology they are creating to improve and analyze it. They also believe that open source is the most efficient and most effective way to achieve the optimal solution for farming.  Tribe Awesome agrees. END_OF_DOCUMENT_TOKEN_TO_BE_REPLACED

To meet other people working in the world of aeroponics, we looked at other systems that being used on a commercial scale.  During our search, we came across Chapala Gardens, a group of green thumb innovators committed to creating a healthier community through gardening.

Recently, we visited their headquarters in Santa Barbara.  Jake, one of the three partners gave us a tour and showed us the systems they sell.

END_OF_DOCUMENT_TOKEN_TO_BE_REPLACED

We have an aeroponic tomato plant update!  We have been harvesting our very own aeroponic tomatoes.  They taste really good!  Maintenance of the tomato plants has been manageable.  We have had to keep their water levels up and making sure they have had enough nutrients.   While we were on a trip for 10 days, we encountered a small problem.  The water in our system was replenished every few days but  we decided to have our plant caretakers not add new nutrients while we were away.   This caused a lack of calcium and resulted in blossom end rot in a couple of the tomatoes that were growing at the time.  The tomatoes still tasted good, but there was a part that had to be cut off.   After replenishing the nutrients, the new tomatoes looked much better.

We are growing tomato plants in our aeroponic systems, and they are doing awesome!  However, we have discovered that the plants use a lot of water and nutrients.  We end up replacing the water and nutrients about once a week.  When we first planted the tomatoes, we used the normal set of nutrients (25mL FloraGrow, 15mL FloraMicro, and 5mL of FloraBloom).  After reaching three feet, we changed the “recipe” for the nutrients to 15mL of FloraGrow, 25mL of FloraMicro,  and 15mL of FloraBloom in 2.5 gallons.  We changed this to slow the leaf growth and focus on the flowers and fruiting.
END_OF_DOCUMENT_TOKEN_TO_BE_REPLACED

This post is for those of you who are growing squash in your aeroponic garden (or are planning to, or just want to read it :D).

Our squash plants are growing like crazy!  Unfortunately, this means that the plant used up a lot of the nutrients in the water.  The ends of the blossoms on our zucchini plant were colored darkly.  We realized that the plant had Blossom End Rot.  That basically means that the plant doesn’t have enough calcium.  We added extra calcium in that bucket, and so far the zucchini have been doing better.

END_OF_DOCUMENT_TOKEN_TO_BE_REPLACED

If you do not already know, aquaponics is a form of hydroponics that aims to be self-sufficient by using fish as a source of nutrients.  In essence, the fish grow in a reservoir and create waste, mostly in the form of ammonia.  Microbes then turn the ammonia into nitrites, and then nitrates, food for the plants.  This is excellent for leafy greens which want large amounts of nitrogen. 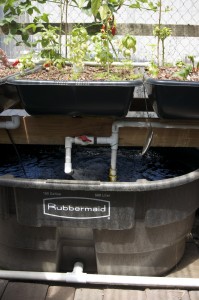 Plants and Fish Tank in an Aquaponic System

To do some research, we toured an aquaponics system.  Rick Frey showed and explained his system to us.  It was awesome!

Rick custom-built an aquaponic garden inside a greenhouse.  He is growing Tilapia and Goldfish to produce nutrients for his plants.  He explained how the nutrition from the fish is not complete, making it more difficult to grow plants like tomatoes.  Tomatoes want to have lots of other micronutrients that the fish don’t provide enough of.  For plants like lettuce, that want to grow green and leafy, aquaponics works very well.  So, depending on the plant, Rick believes that he would would need to supplement the nutrients produced by the fish. 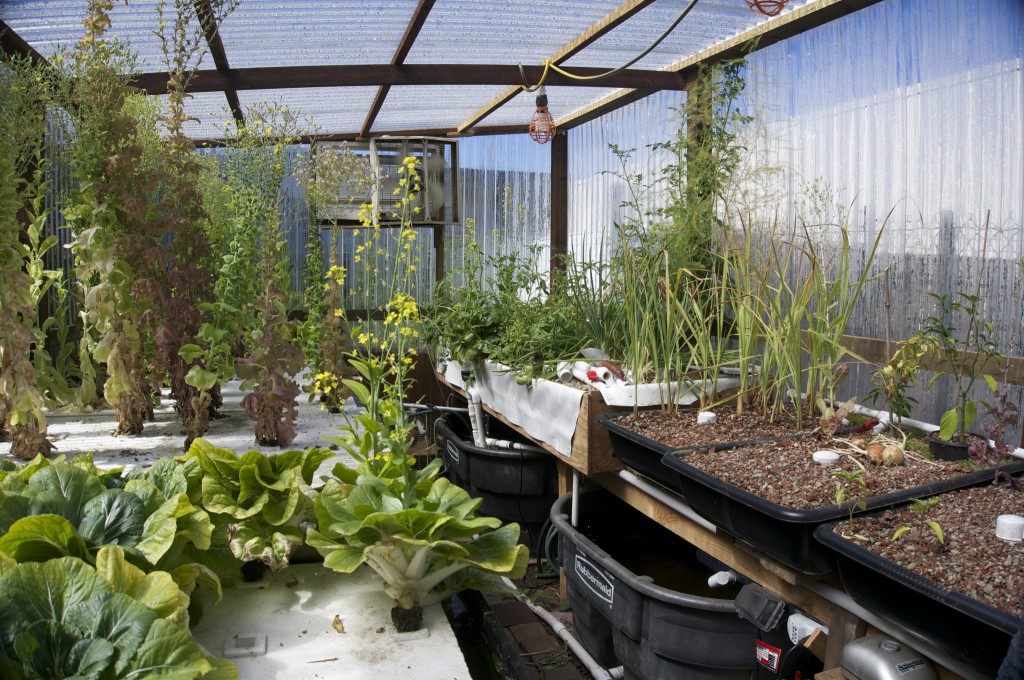 Inside of Rick’s greenhouse

You can see some of the other pictures we took in the gallery below: 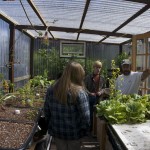 View from inside greenhouse 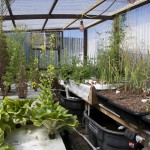 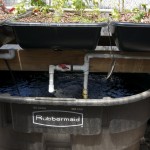 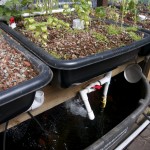 Aquaponics: fish tank and some of the planters 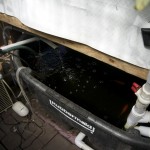 A closeup of one of the fish tanks 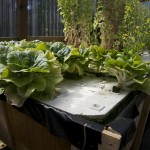 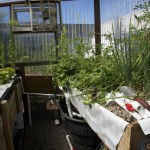 Another view of the interior 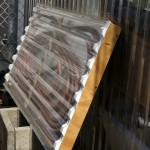 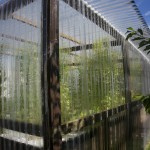 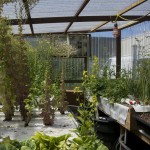 Aquaponics: A portion of the raft system 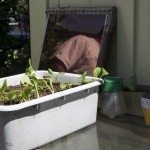